What can help us get through the covid-19 crisis?

Billions of people need to have high-quality respiratory and face masks in order to have the best possible protection against a Covid-19 infection. As a result, innovative and reliable production processes are in more demand than ever.

An ANDRITZ team has developed a new line for the production of masks in record time. The D-TECH Face Mask line guarantees the highest quality and hygiene standards and can produce up to 750,000 masks per day.

When the Covid-19 virus began spreading more and more rapidly around the world in February 2020, the ANDRITZ Nonwoven division reacted quickly and developed a technology for the production of surgical and medical respiratory masks meeting the highest hygiene and quality standards.

Customer interest still remains strong: Since the launch of this product on the market in March 2020, a large number of lines have been delivered to customers. The equipment is supplied by ANDRITZ Diatec, a company with 80 employees and based in Collecorvino, Italy.

Previously, the company mainly supplied lines for the manufacture of hygiene products, such as baby diapers. Following successful launch of the first face mask line, ANDRITZ also brought the D-TECH Face Mask line for the production of high-grade respiratory masks – for example duck-bill or folding masks – onto the market in the summer of 2020.

Fabrice Ferretti is Sales Manager at ANDRITZ Diatec. This is how he recalls the final days of February 2020:

“At the end of February, news reached us about how erratically Covid-19 was spreading. Fear was rampant. But the difficult situation also spurred my colleagues and me on. We asked ourselves what we could do to help and then got down to work.

We delved into the characteristics of respiratory masks – materials, construction, special features – until far into the night. Our goal was to develop an innovative process that uses our existing machines to produce high-quality masks.

On March 8, Italy went into lockdown. It was depressing, but we did not give up. Video conferences took the place of face-to-face meetings. The breakthrough came on March 27: Our D-TECH Face Mask line was ready, and our marketing staff carried the message out into the world.

The echo from customers was huge. Our team is proud to have achieved so much in such a short time – and to have stood up to Covid-19.” 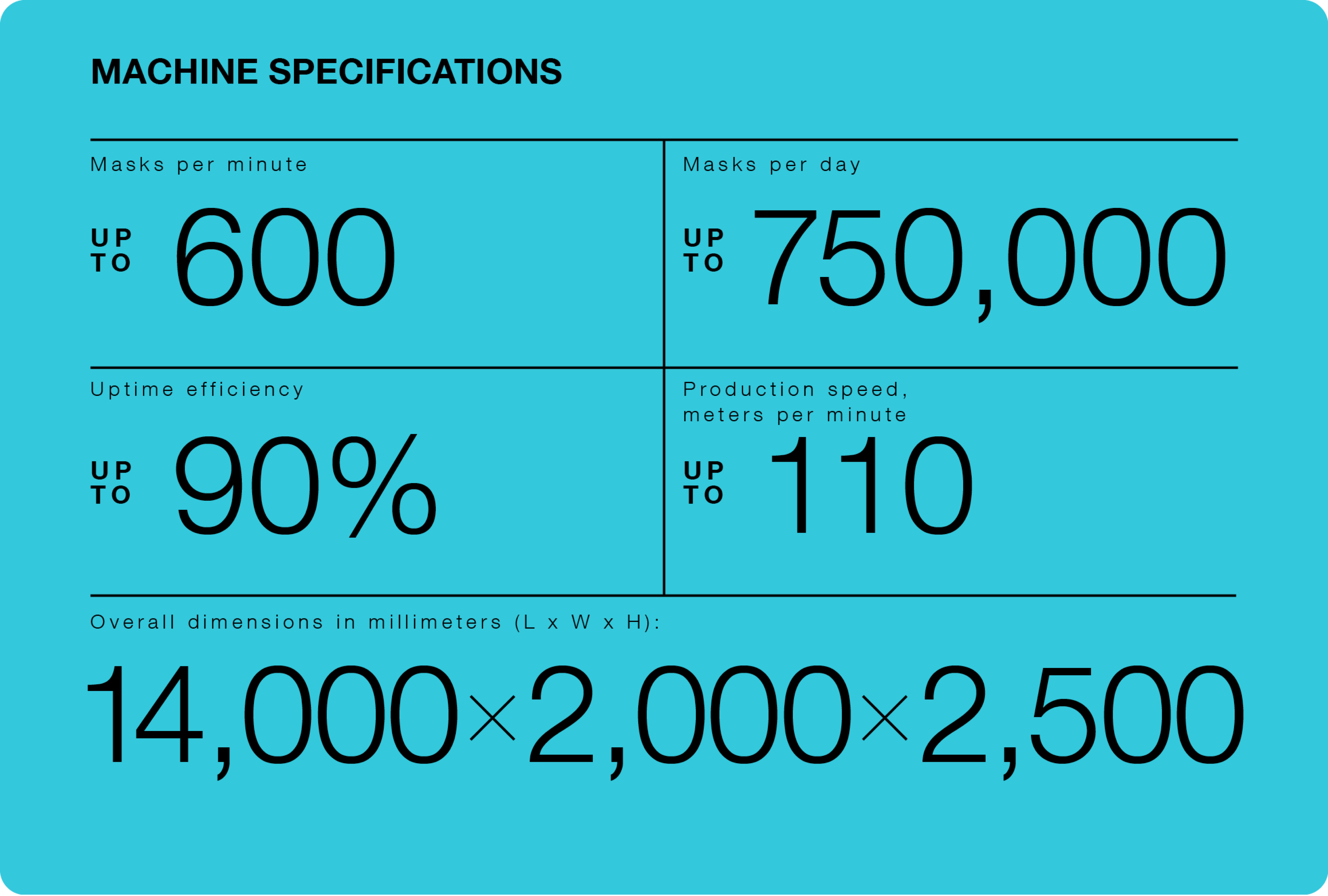 It operates at a speed of up to 110 m/min and is able to produce up to 750,000 surgical and other disposable face masks per day. The products can be packed automatically in bags or boxes. 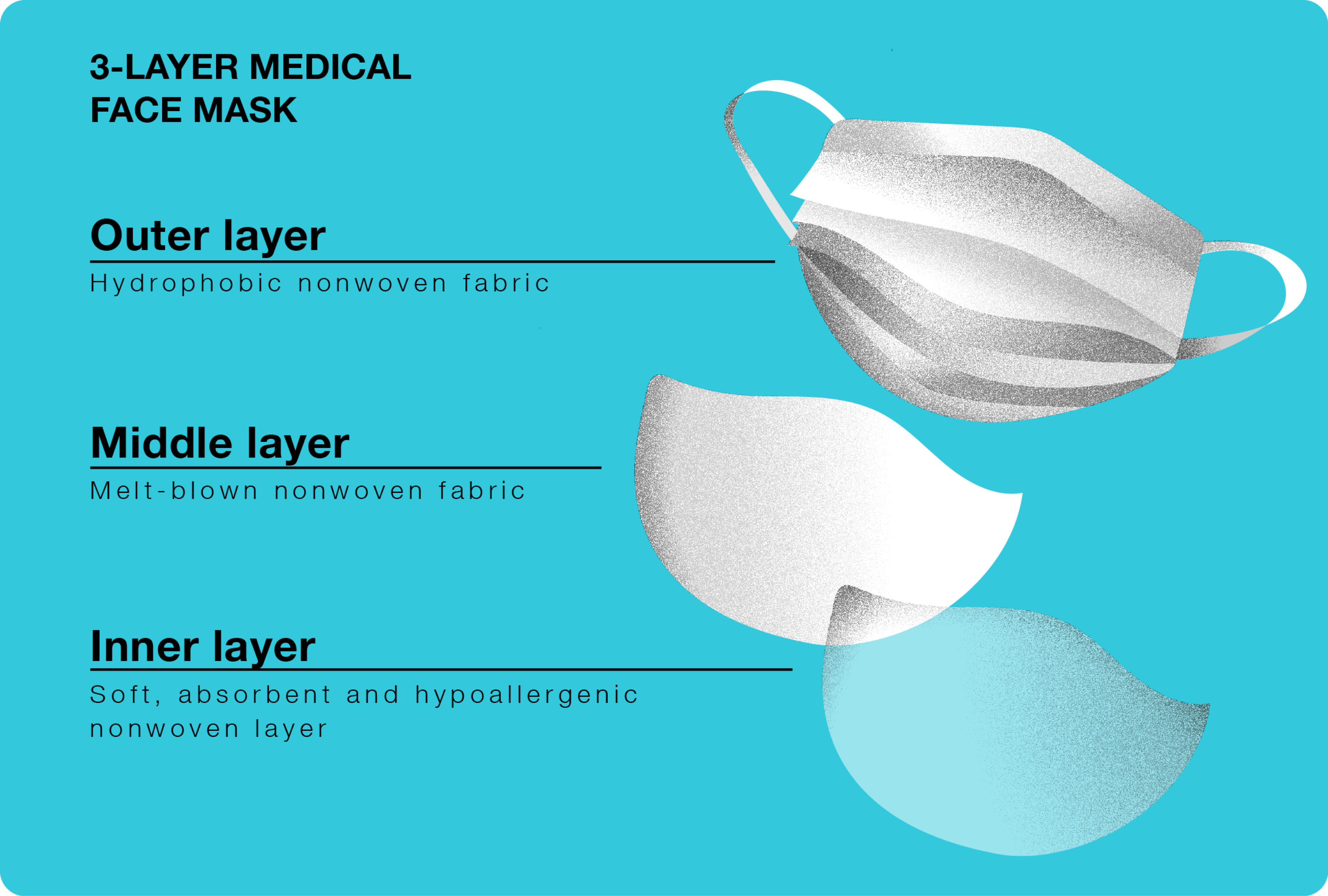 ANDRITZ nonwoven at a glance

ANDRITZ Perfojet, one of the pioneers in the hydroentanglement sector, has more than 240 machines and complete spunlace production plants in operation worldwide. In addition, ANDRITZ Perfojet is a leader in air-through bonding.

ANDRITZ Küsters has multiple references worldwide in calendering and finishing of nonwoven fabrics. In addition, the company plays a leading role in wetlaid forming, among other things in the development of environmentally compatible and plastic-free or plastic-reduced nonwoven products.

ANDRITZ Diatec is known for its expertise in converting technology, which is used for production of diapers, incontinence and femcare products as well as face masks.

The latest addition to the ANDRITZ Nonwovens family, ANDRITZ Laroche*, has been a leading supplier of fiber processing technologies for more than 100 years.

*In December 2020, ANDRITZ signed an agreement with Laroche, France, to acquire LM Industries - consisting of Laroche SA and Miltec SA, France. The closing of the transaction is expected in the first half of 2021. 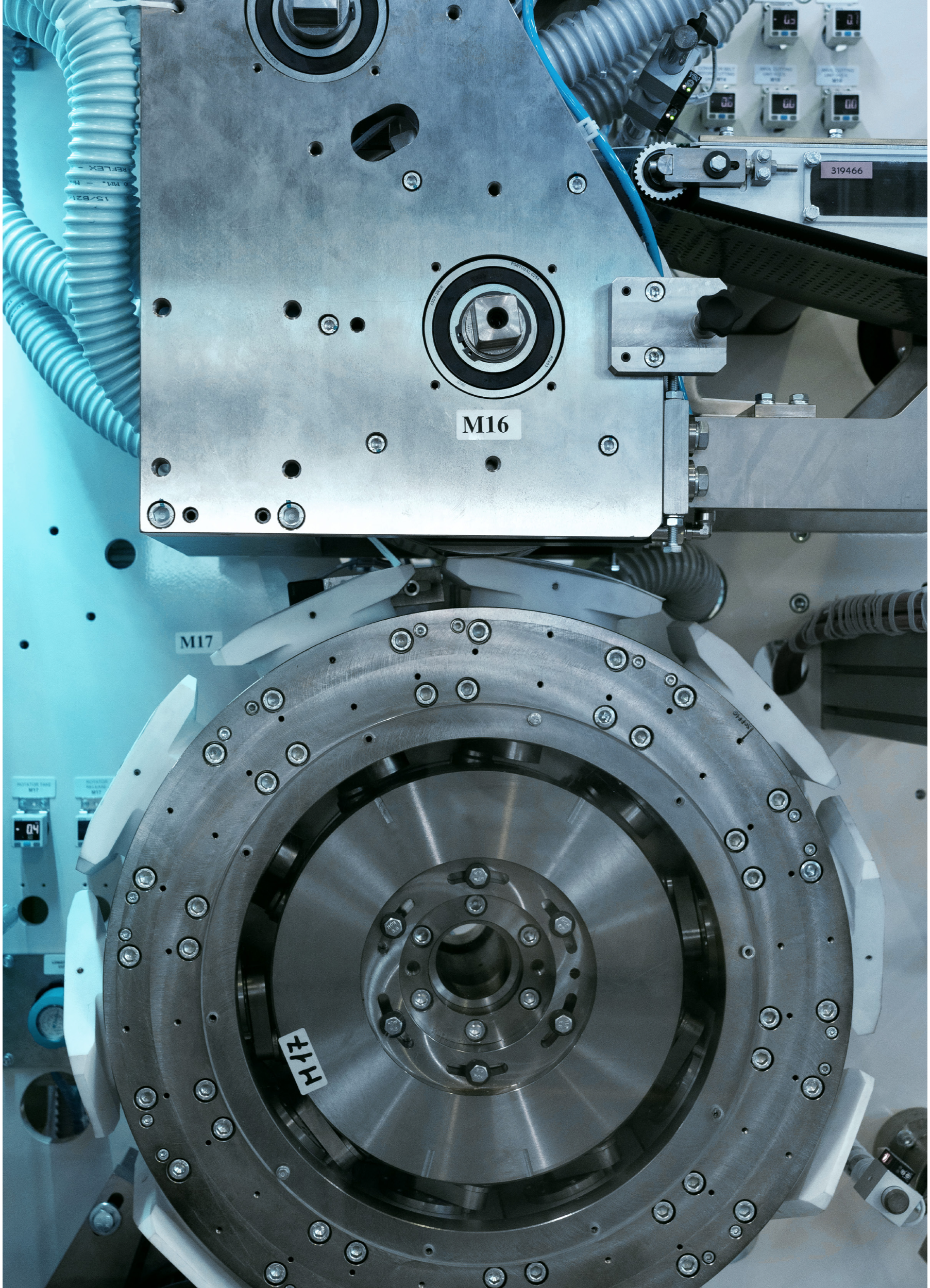 Cutting to length and rotating before adding the elastic features

Esumedics GmbH is a new company producing face masks in Radeberg, near Dresden, Germany, with a staff of 20 employees. Dr. Wolfram Drescher is one of the founders and Managing Director of the company. Why did he choose D-TECH?

“The ANDRITZ plant is superior to those of competitors in terms of both cost and benefit. Most other machines are around six times slower, produce too much reject and need more personnel, which also pushes production costs up unnecessarily.

Many parts of the D-TECH line now operate automatically. Upgrade packages will be available soon for the manual tasks, like positioning the nose piece. Reliability of the machine has been improved constantly since its delivery thanks to all the hard work by the D-TECH engineers.

The components are designed for high durability, and the set-up is well designed. Among other aspects, the following three details succeeded in convincing us:

The ANDRITZ machine operates in a partial vacuum in order to hold the light mask components reliably on the production line before they are welded together ultrasonically.

A visual sensor monitors production to ensure that every mask is of the right quality: Are the dimensions correct? Has the nose piece been incorporated properly? If not, the mask is removed automatically.

The raw material feed is also excellent: If a material roll has almost come to an end, a new one is moved into position automatically without the line having to be stopped. We appreciate this efficiency. In our view, D-TECH is the best in class.” 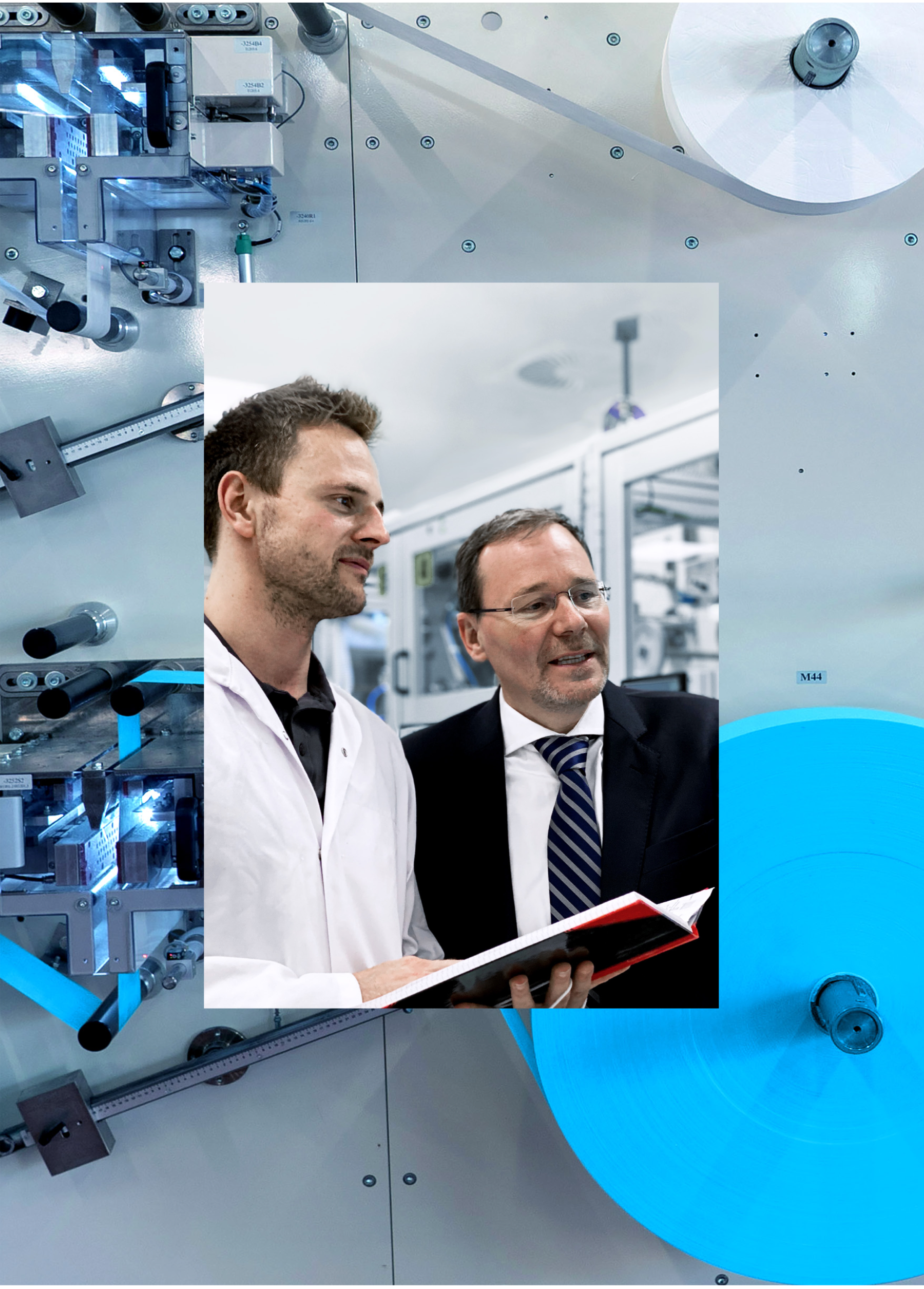 How to make intelligent & efficient use of data?