Pumped storage could also be more than just a back-up for intermittent renewable energy resources. It offers a wide spectrum of benefits and plays a vital role within local and regional water and energy programs.

Many countries have readjusted their energy policies in order to follow the Paris Climate Agreement, boosting power generation from renewable resources, which in turn triggers an increasing need for energy storage. As the leading technology for energy storage services, pumped storage not only balances variable power production, but also serves as a back-up with its firm capacity, ensuring grid stability while reducing the risk of blackouts. For small and islanded grids especially, pumped storage is an ideal partner to gain independence from fossil fuels.

Today, more than 160 GW of pumped storage capacity is installed throughout the world. About 1.9 GW was added worldwide in 2018, whereas about 75 GW are in the pipeline, either in planning or under construction.

In South, East, Southeast and Central Asia — as well as Oceania, the region covered in this edition — 74 GW of pumped storage are currently installed, with China and Japan leading with 30 GW and 27.6 GW, respectively. In 2018, 1.5 GW were added in the region, solely in China, which benefits from specific tariff mechanisms and where pumped storage continues to be a priority in the country’s energy transition. 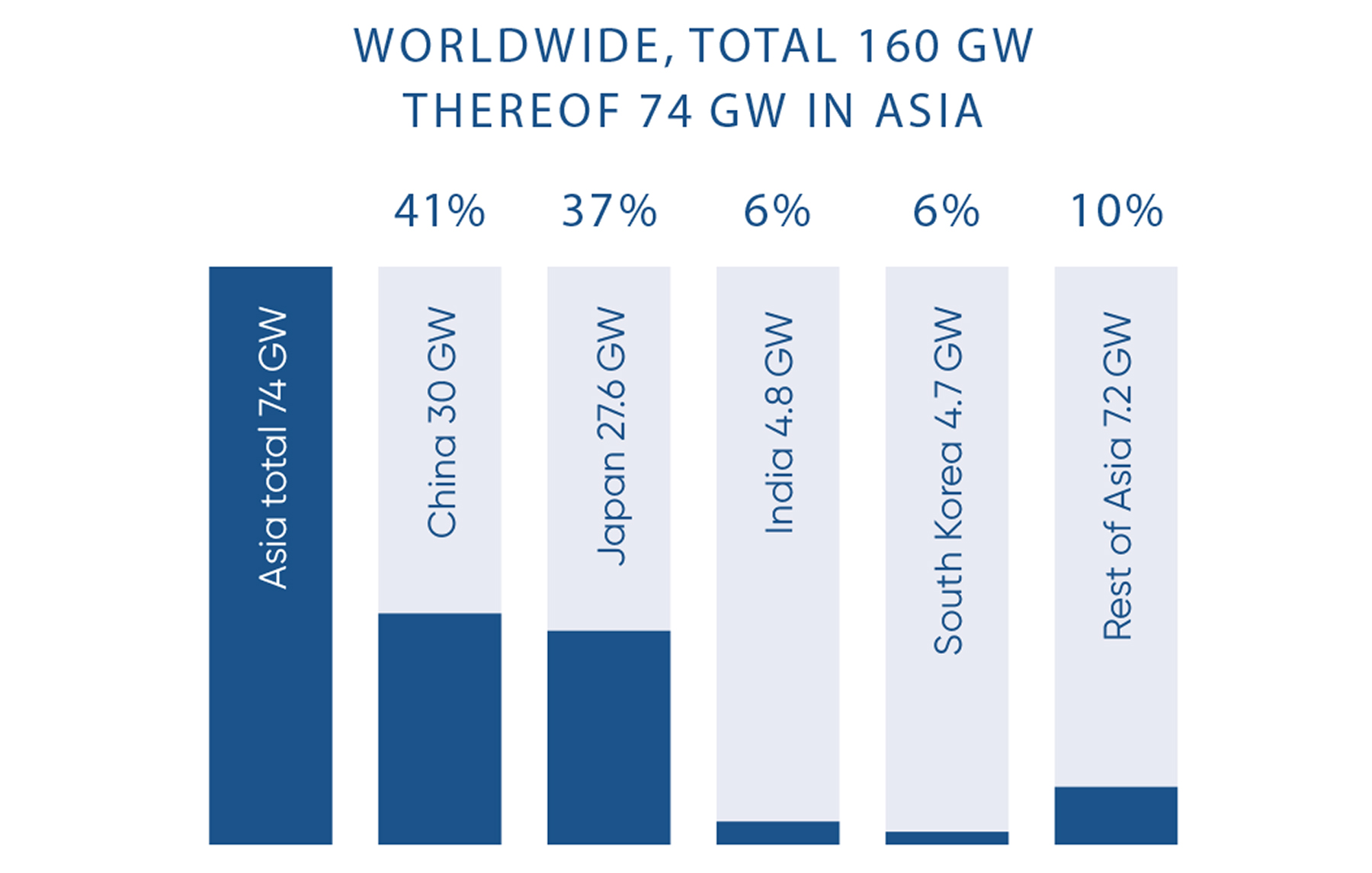 Pumped storage could continue to be an essential contribution to a clean sustainable energy future. Pumped storage could also be more than just a back-up for intermittent renewable energy resources and additional grid services. With its operational flexibility, pumped storage offers a wide spectrum of benefits and plays a vital role within local and regional water and energy programs. However, for further development and growth, adaption of appropriate market structures and regulatory frameworks is vital.

Since the very beginnings of pumped storage technology, ANDRITZ has continued to provide groundbreaking technology. Having delivered about 500 pumped storage units with a total capacity of about 40,000 MW worldwide, the company has been involved in many major projects around the globe. Highlights include Vianden in Luxembourg, the largest pumped storage plant in Europe, and Goldisthal, the largest in Germany and the first with variable speed outside Japan. Northfield and Castaic in the USA, Edolo in Italy, Malta-Reisseck in Austria, Drakensberg in South Africa and Aldeávila in Spain are other key ANDRITZ references.

In Asia, ANDRITZ was the supplier for several pumped storage plants, such as Tianhuangping,Shi San Ling, Lang Ya Shan, and Tongbai in China. Currently, the company is executing a contract for two asynchronous generating units for Feng Ning II in China, which will become the largest pumped storage plant in the world when completed.