Dewatering and handling of pulp and papermill sludge is quite a challenge. Fibrous, primary sludge can usually be dewatered more easily than biological sludge from the paper industry. The ratio of each type of sludge largely determines the drainage extent of the sludge mix.

The main types of sludge dewatering machines can achieve different levels of outlet dryness. As a full-line supplier to the pulp and paper industry – and based on our vast process knowledge as OEM – ANDRITZ provides spare and wear parts, repairs and rebuilds as well as audits and optimizations also for sludge dewatering machines. We offer innovative upgrade solutions for increased machine performance and equipment reliability, customized to your specific process and equipment requirements.

When ink is removed from old newspapers, the chemicals, printing ink, fillers, and other particles create a sludge that is difficult to dewater without adding flocculants. During the dewatering process, the flocculant dosage has to be adjusted frequently according to the varying sludge qualities and volumes, resulting in a high workload, room for error, and wastage.

In a collaboration going back to the early 1990’s, the German paper mill LEIPA in Schwedt is one of ANDRITZs' most loyal regular customers. In 2018, a try-and-buy process was agreed with ANDRITZ for a product that was brand-new at the time: Metris addIQ RheoScan. 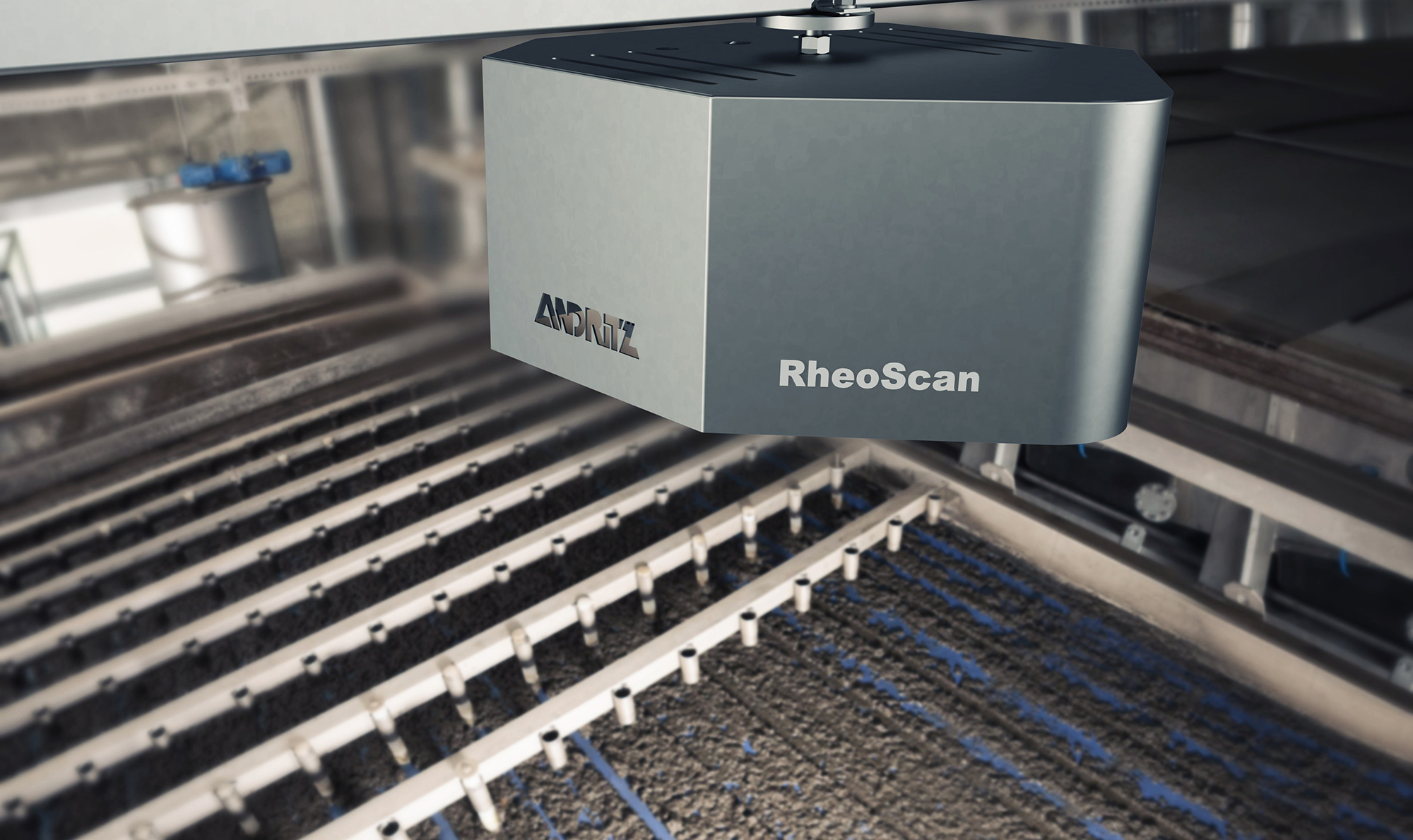 RheoScan is an optical measuring system that detects the current sludge viscosity during the thickening and dewatering process and controls flocculant dosage automatically. Originally developed for sewage sludges, we were happy to optimize it for LEIPA's paper sludges and upgrade the existing ANDRITZ gravity table. Not only is the sludge consistency constant before feeding to the screw press, the goal of 10% flocculent savings was met and even surpassed. As a result, the expected payback time was reduced to less than two years.

Interested in learning more about how to reduce flocculants?

ANDRITZ has a long history in dewatering technologies: the first dewatering press was built in 1950.