Turning a shutdown into a pitstop

Every sport has a defining moment that can shape a match or a championship, and Formula One is no exception. In fact, in every race, a team knows there will be several of these moments: the pit stop. The faster and more efficient the stop, the greater the chance of success for the driver and his team. What used to be long and chaotic is now performed in just a couple of seconds –in finely tuned harmony between man and machine. Just like Formula One racing, continuous process mills face the same challenges year after year – how best to combine people and technologies, making stops quicker and more efficient to meet increasingly ambitious goals.

A plant shutdown may involve 25% of the annual maintenance budget over a period of eight to ten days. The number of tasks to be performed when processing more than 1,000 service orders is huge and will be executed by up to 1,500 people.

In Formula One, the pit stop crew trains relentlessly for those few seconds per race. Each member knows his/her job – and the car – inside out. For a mill, that might not be the case, as many of the team performing shutdown activities may not know the mill very well. Resuming production after a shutdown, and quickly ramping up to maximum performance, is a major challenge.

Like a Formula One pit stop, choosing the right moment to stop and shut down a plant for the best result is crucial. In addition, the intervals between shutdowns are changing. What was often 12 months in some regions now extends to 18 months. A further complicating factor is the increase in production volume in a single production line, which can now reach as much as two million t/a.

Consequently, each shutdown must be performed to a standard that will guarantee uninterrupted operation for the next cycle – revenue loss per day for a mill that has halted production can reach $5 million. Progress visibility of a shutdown must be fast and accurate. Taking a day to compile the progress data of a shutdown is risky but, unfortunately, remains the reality for many mills.

In response to these challenges, ANDRITZ has developed a new application as part of its Metris UX Platform, which allows online monitoring of shutdown activities as a whole – the Metris Planning App.

The application combines the expertise of two divisions. One has more than 25 years of experience in industrial maintenance, including shutdown management; the other is responsible for optimizing pulp and paper mill processes and has more than 50 contracts in 15 countries – some operating for more than 12 years. This division is responsible for process optimization for over 34 million tons of annual production.

“With regard to shutdowns, it is always important to ask yourself: ‘Do you measure your stop in days or in total loss of production? Is meeting the deadlines and budget enough to be successful?’ ANDRITZ’s expertise in shutdown management, combined with the Metris Planning App, sheds light upon these issues as it enables real-time process management such as mill monitoring during the distribution period.”

The Metris Planning App in use

HOW DOES IT WORK?

With the Metris Planning App, maintenance staff can go into the field with mobile devices that already contain a list of tasks to complete and equipment to check.

“These tasks can be completely personalized and dedicated to each area of the mill, such as the woodyard, fiberline or recovery boiler,” explains Cleiton Oliveira, ANDRITZ OPP Technology Coordinator. “When each piece of equipment is checked – a chip pump, for example – the dedicated box is ticked and the action uploaded. If the maintenance worker spots a problem or needs to add a comment, there is a facility to do this, including adding photos or even videos illustrating the status of the equipment. This information is then added to the Metris Planning App, giving a real-time report of exactly what is taking place around the mill.”

The planning tool reduces the chance of making duplications or errors as well as eliminating the need for reams of paper and time spent manually inputting information into computers. It also allows real-time management of maintenance while the mill is running as well as during shutdowns.

BENEFITS OF THIS SERVICE 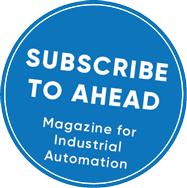