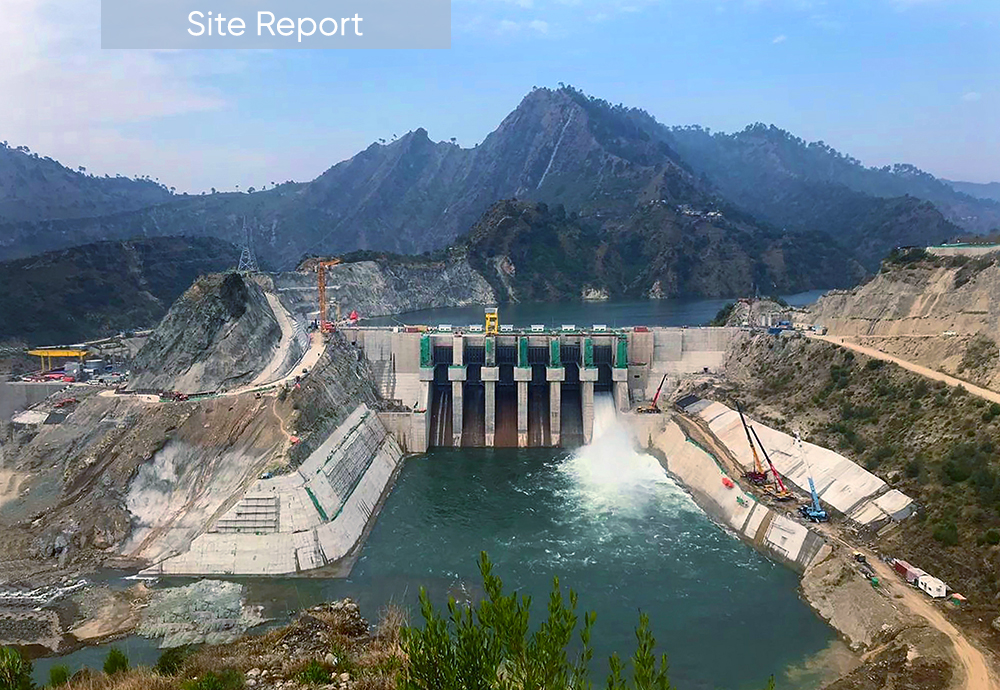 Construction of Gulpur, a run-of-river plant located in the Northwest of Pakistan on the Poonch River approximately 167 km from the capital Islamabad, began in 2014 and commercial operation began in February 2020.

The project is located within Azad Jammu & Kashmir, which is close to the Indian Jammu & Kashmir Line of Control. Challenging regional and political conditions, associated logistical challenges, and demanding project characteristics all factored against the likelihood of timely completion. However, continuous effort by ANDRITZ Hydro and close cooperation with the project stakeholders permitted the implementation of project acceleration and schedule optimization measures. This enabled delivery of power to the grid to begin within the time frame established in the contract.

The initial plant capacity test was carried out during commissioning and exceeded the contractual requirement in favor of the customer. An absolute efficiency test in accordance with IEC 60041 is planned.

ANDRITZ Hydro signed the contract with the Korean Joint Venture Daelim/Lotte for the supply of electro-mechanical and hydro-mechanical equipment for the 102 MW project in December 2015. The owner, Mira Power Ltd. – a special purpose company of the Korea South East Power Co. Ltd – entered the turnkey EPC contract with Daelim/Lotte. Involved ANDRITZ Hydro locations included Germany, which lead the project, as well as Austria and China together with the support of the local ANDRITZ Hydro team in Pakistan.

Complete plant control and SCADA, excitation and protection systems, electrical power systems including transformers and gas insulated switchgear (GIS), unit auxiliaries, cranes, ventilation and HVAC, fire detection and fighting, CCTV, telecommunication, as well as O&M equipment, were also part of the scope of supply. Installation and commissioning of the equipment including an additional test program as per the power purchase agreement, as well as training for the nominated O&M team rounded out the contract.

The commercial operation of Gulpur adds an important reference in Pakistan where ANDRITZ Hydro now has more than 50 units and more than 3,800 MW of capacity installed and/or rehabilitated. This makes ANDRTIZ Hydro a market leader in the country. Recent projects like Golen Gol, New Bong Escape and Allai Khwar and Duber Khwar are proof of the expertise and trustworthiness of the company.

The experience and solutions from ANDRITZ Hydro, as well as proven competences for project management within turnkey EPC contracts, are amply confirmed with the completion of this particular project after a project execution time of just 50 months. Now Gulpur is helping to improve the stability of the Pakistani national grid with the use of green energy from hydropower.

Since February 2020, Gulpur is providing clean and sustainable energy to the national grid with top-tier customized equipment from ANDRITZ Hydro.