Along with the Sahara, other dominant geographical structures are the Atlas Mountains in the west, the Nile River and its delta in the east and the Mediterranean coastline to the north. Countries in this part of Africa, such as Tunisia, Algeria, Morocco and Egypt, are relatively economically advanced. One major source of income is oil – Algeria has the largest oil reserves in Africa and Libya is in second place. Furthermore, most of the region’s economies are export-oriented and show solid growth rates. 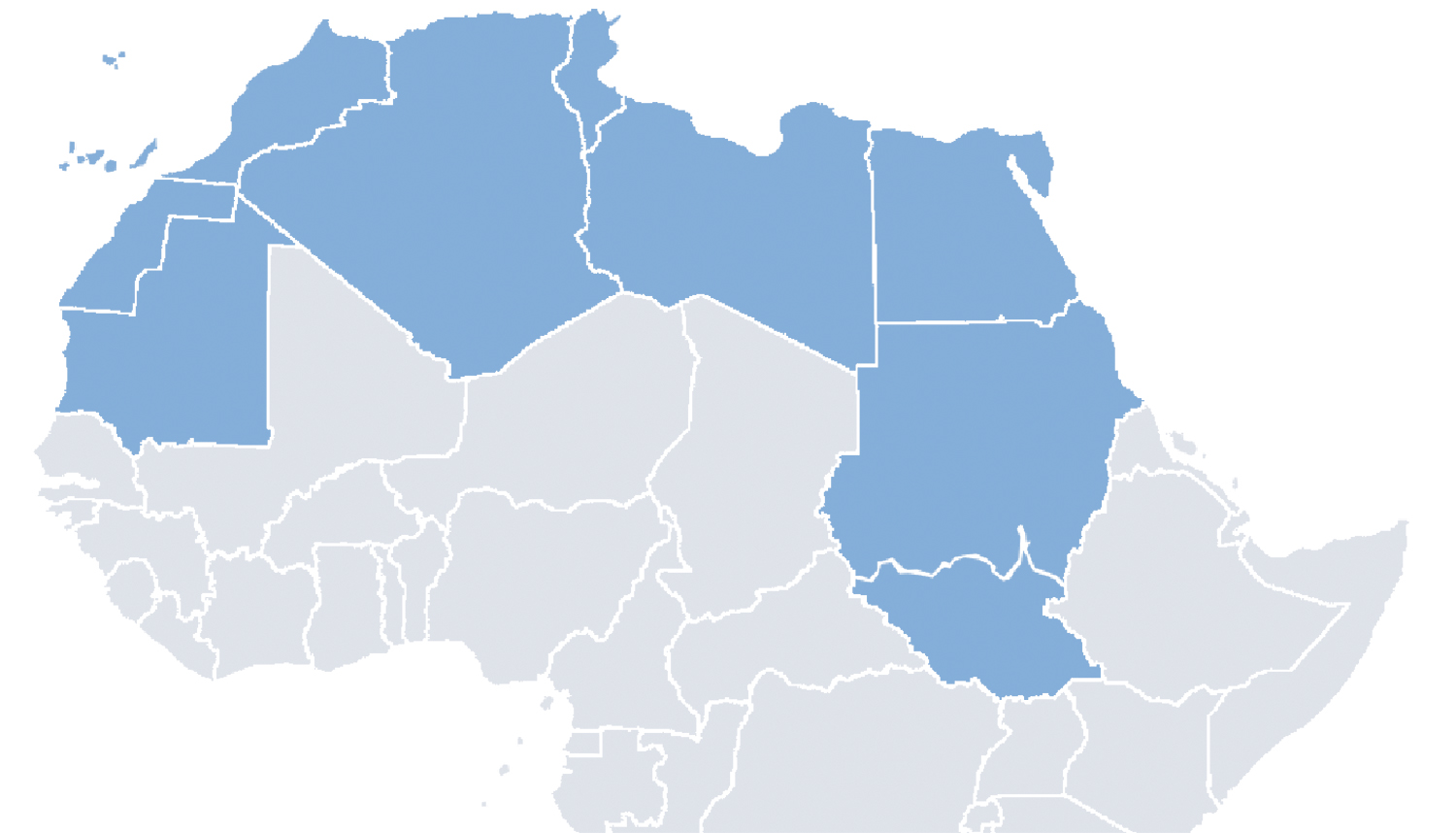 In contrast with some Sub-Saharan countries, hydropower does not play such an important role as an energy source. For instance Libya has no potential identified; Mauretania has only 132 GWh, and Tunisia just 250 GWh of technically feasible hydropower potential. However, Egypt and Sudan both have significant hydropower potential – 50,000 GWh and 31,000 GWh, respectively. There are also a number of large hydropower schemes installed. In Mo­rocco some pumped storage hydropower plants as well as some small hydro developments are of interest. Furthermore, the newly-formed country of South Sudan could secure an economic boost by introducing some hydropower schemes, which would also serve to improve the living standards of the population and increase access to electricity.

A number of North African countries plan to increase their use of renewable energy resources. In the wide uninhabited desert regions the possibilities for wind and solar installations are varied. Some solar power stations have already been built and some wind power stations are in planning. Algeria and Tunisia have government programs designed to increase their renewable share to at least a quarter of the national energy mix by 2030, while Sudan has also implemented similar plans.

As early as the beginning of the last century ANDRITZ HYDRO had already made equipment deliveries to Algeria. Through the intervening years the company supplied about 200 hydropower units across the region, with a total capacity of about 2,000 MW. Major pro­jects such as HPP Roseires or Jebel Aulia in Sudan are on ANDRITZ HYDRO’s reference list, as well as HPP Matmata, Afourer and Al Massira in Mo­rocco, and HPP New Naga Ham­madi, New Esna, and the recent order for HPP Assiut in Egypt.