LEIPA, in Schwedt an der Oder in the German state of Brandenburg, continues on its mission of environmental protection – each individual process step in the production lines must make a contribution at the mill. ANDRITZ took this mission on board during the rebuild of the screening plant in DIP1.

Sebastian Stockfisch – head of the two deinking plants and the effluent treatment system at LEIPA Georg Leinfelder GmbH in Schwedt – speaks frankly about the mill’s original screening plant in DIP1, “We needed a separate machine operator just for this tailing screen to move and re-adjust the levers again and again in order to avoid excessive losses.” LEIPA had tried for some time to find a solution to the continual problems in the screening plant – above all the strikingly high fiber losses – and to determine the right settings for the tailing screen.

It was clear to LEIPA that a rebuild of DIP1 coarse and fine screening plants was needed to lower pulp losses and improve pulp quality and that energy savings would also have to be one of the targets. "We had to make the project pay for itself as well, and that is not possible simply by increasing the yield,” Stockfisch explains.

BUILDING ON AN EXISTING TRACK RECORD

LEIPA in Schwedt already had a successful track record in rebuild projects with ANDRITZ with a DIP1 screw press project in 2013, which then halved the energy consumption of the unit.

In the case of the screening plant rebuild, ANDRITZ suggested a consistent technological solution to LEIPA. In addition to replacing the inadequate tailing screen with a new ModuScreen T4C, the two screens in the first and second stages of preliminary screening were to be fitted with the latest slotted screen baskets and rotors from ANDRITZ. 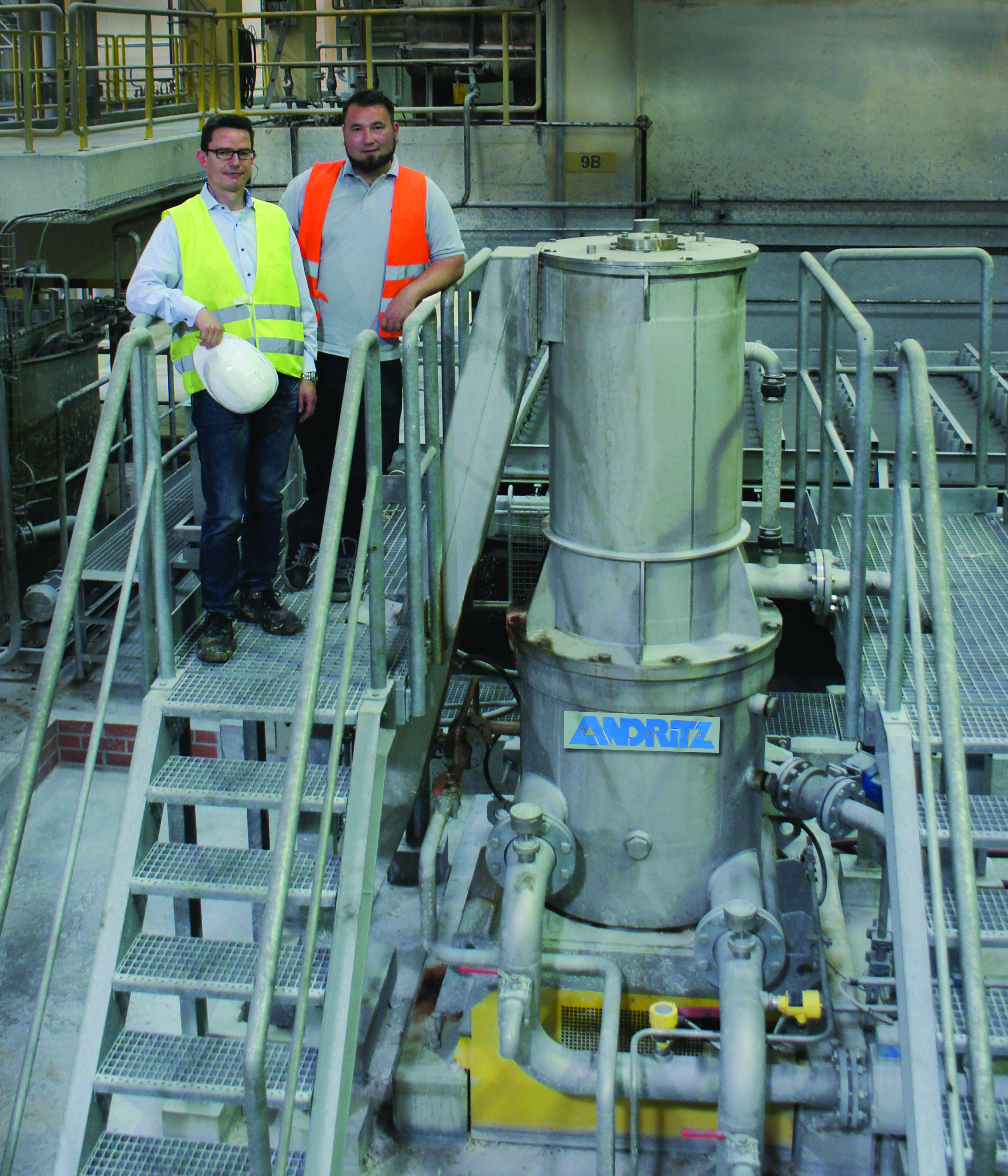 "This optimization demonstrated that changes to individual units or sub-systems influence the ecological footprint of the entire company.”

Start-up was at the beginning of October 2014 and the result was impressive. The agreed reduction in weight losses to a maximum of 7kg/min was achieved quickly, as was the guaranteed capacity and the increase in capture rate for stickies.

The new ModuScreen T4C screen from ANDRITZ played a central role in the rebuild of the preliminary screening plant. This special, two-stage tailing screen operates with centripetal force in the lower area with a rotating screen basket perforation diameter of 2.0 mm and with centrifugal force in the top section under atmospheric pressure with a screen basket hole diameter of 2.2 mm.

In order to secure the energy savings of over 20% as agreed in the contract, a few optimizations were needed first of all, but were completed quickly. “There are always small snags in any project. But everything was resolved very well overall,” Gerhard Laue, LEIPA project manager, confirms satisfactory execution of the project. “At last, we no longer have to think about screening any more after this rebuild – that is certainly the biggest compliment for ANDRITZ as supplier.”