In 2013 the ANDRITZ HYDRO mini-COMPACT office in Toul, France, received orders for five standardized Francis turbines with a horizontal shaft arrangement, including ancillary equipment, for four hydropower stations in France and Italy.

EDSB, a local electrical agency, awarded a contract to ANDRITZ HYDRO for the Fontenil hydropower project located in the city of Briançon, France. The order consisted of the supply of two turbines, which were installed in 2013. 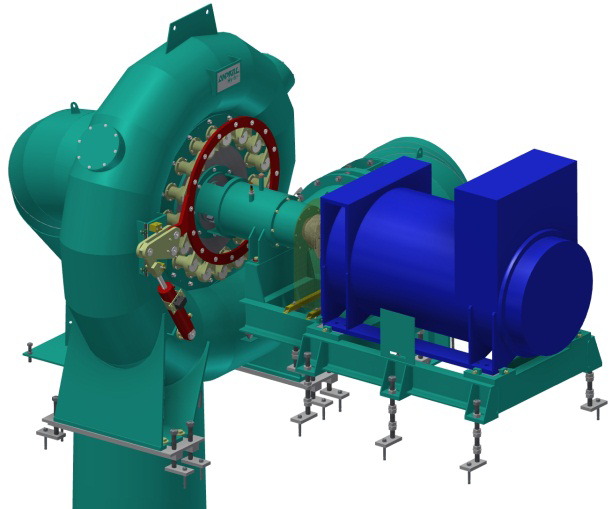 HPP Semine is a private hydroelectric power plant in the region of Jura, France. ANDRITZ HYDRO’s scope of supply consisted of the adaption of an old turbine. The order was confirmed in April 2013 and the plant was commissioned in December 2013.

Furthermore, the city of Saint-Etienne in France placed an order with ANDRITZ HYDRO for the supply of a turbine at HPP Lavalette. This turbine is designed to pump the compensation water of HPP Lavalette dam, which is used as the reservoir of the city’s drinkable water. In December 2013 the erection was realized on site.

For the Vallico hydroelectric power plant, which is located in northern Italy, ANDRITZ HYDRO is currently in progress adapting the aged turbine.