Cameroon - Power for a strong nation

Cameroon enjoys fairly high political and social stability. This has resulted in the development of agriculture, roads, railways, and large petroleum and timber industries.

Cameroon has had a decade of strong economic performance, its GDP growing at an average of 4% per year; one of the 10 highest in sub-Saharan Africa. The government has introduced a development plan for the electricity sector to be able to meet an energy target by 2035.

Cameroon has an immense hydropower potential of about 115,000 GWh/year, of which only about 4% has been developed so far. The total electricity consumption in 2015 was about 6,500 GWh, increasing by estimated 6.5% per year. The development of hydropower plants is crucial to meet this growing energy demand.

A lot of planning and feasibility study activities are ongoing throughout the country. More than 6,000 MW have been identified on the rich rivers and waterfalls, with the main focus is on the big rivers in the south of the country. There are plans to further develop the potential of the Sanaga River to increase the capacity of the two big plants already existing, another two-plant cascade with more than 400 MW on the Nyong River, and almost 300 MW on the Ntem River. The northeast of the country also offers opportunities for hydropower development. The impressive feasible hydropower potential of Cameroon offers a lot of opportunities for investments in the future, which will be facilitated by the Law En­viron­ment Act introduced in 2005.

The activities of ANDRITZ HYDRO in Cameroon reach back to the 1950s. The company was involved in the two major hydropower projects in the country – HPP Edéa with 264 MW and HPP Song Loulou with 396 MW. A series of contracts for both hydropower plants were received, totaling in a delivered rehabilitated capacity of about 648 MW, representing almost 90% of the country’s total.

The hydropower plant Edèa comprises three plants and is one of the three big hydropower schemes in Cameroon. It is located on the Sanaga River, the country’s largest, around 60 kilometers from the city of Douala.

In 1953 the first two units with 11 MW each were commissioned. At the end of 1950s and again in the mid-1970s the capacity was extended to 14 units with 264 MW in total. ANDRITZ HYDRO was involved in the original installation of all three stages.

In 2008 the owner, AES Sonel, awar­ded ANDRITZ HYDRO an order for the rehabilitation of the three units at HPP Edéa I, comprising the replacement of the three Kaplan turbine generator sets, including electro- and hydro-mechanical equipment. The works could be successfully carried out within a 40-month schedule while output of the units #1 and #2 could be improved by 44%, and of unit #3 by 33%, increasing the total capacity by up to 16.4 MW.

The Song LouLou hydroelectric power plant, located on the Sanaga River upstream of HPP Edéa, comprises eight Francis turbine units with a total installed capacity of 396 MW. It was originally commissioned in two phases from 1981 to 1988. ANDRITZ HYDRO was essentially involved with the supply of the turbines, the governor systems and intake gates. Between 1999 and 2005, ANDRITZ HYDRO executed the complete rehabilitation of seven of these units, with an outage of just five months for the last unit.

In 2008, ANDRITZ HYDRO was awarded the contract for rehabilitation of penstocks #1 to #4, which were facing significant leakage. Replacement of the expansion joints was also executed on site, together with the pre-assembly of the steel structure and the installation of specific hoisting gear. The rehabilitation was performed in 22 months, two months ahead of the original contracted schedule. 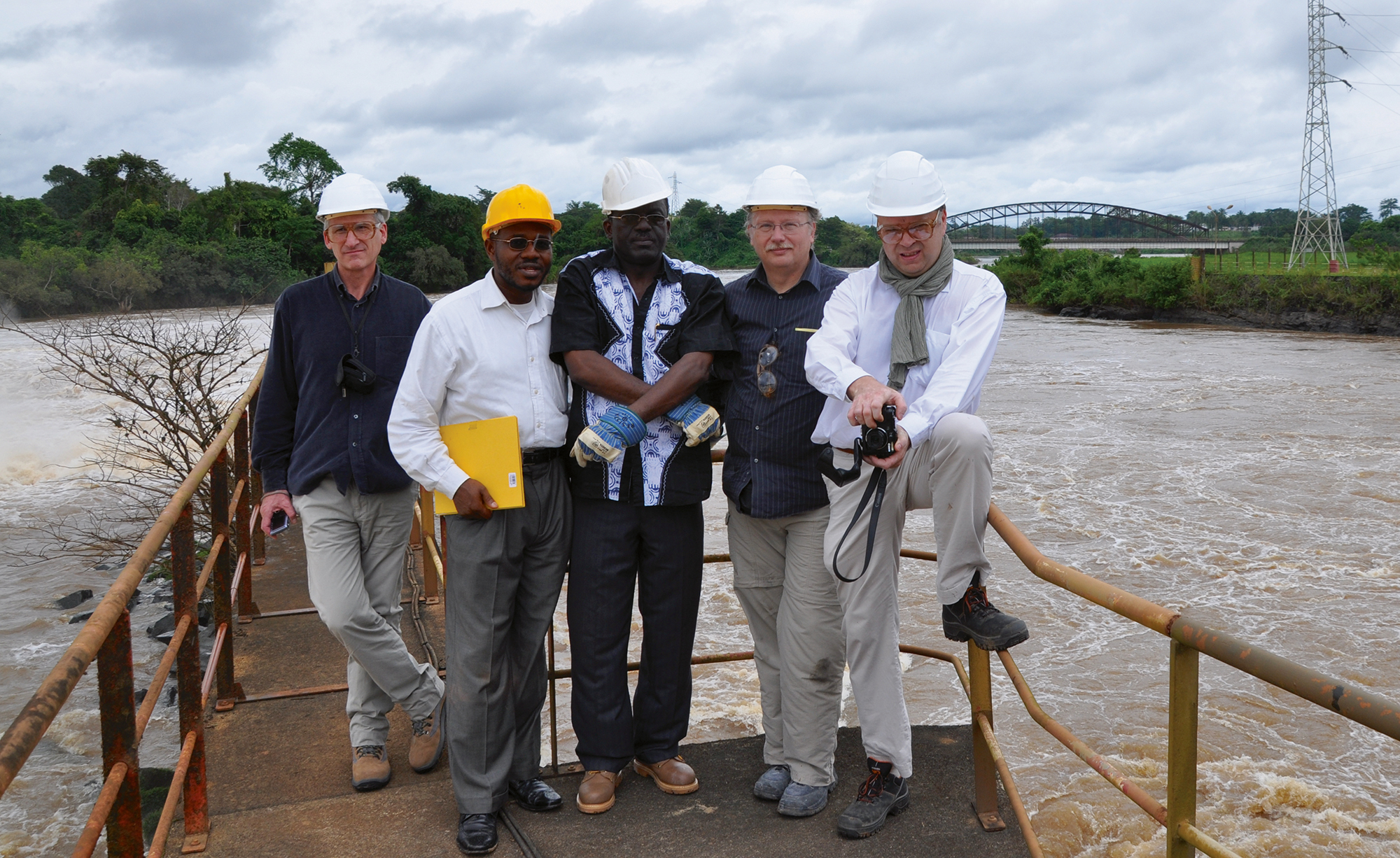 ANDRITZ  is  also  continuously  supplying  spare  parts  and  services  for  maintenance  (including  frame  contract  agreements  and  replacement  of  speed  governors)  for  both  HPPs Edèa and Song Loulou.