Extremely rich in natural resources, the Democratic Re­public of Congo is the second largest country in Africa by area and the largest in Sub-Saharan Africa.

After the peace accords in 2003, the government is implementing reforms and opening the country to international investors and companies and the country’s economy is slowly recovering.

The Congo River system dominates the region; its river basin occupies nearly the entire equatorial country collecting water from an area of nearly 3,700,000 km2 (1,400,000 sq mi), an area larger than the whole of India. The Congo has the second-largest flow and the second-largest watershed of any river in the world, trailing the Amazon in both respects.

Since the end of World War II, some 100 medium-sized hydropower plants from 10 MW to 80 MW have been built throughout the country. There are only 16 dams in operation as of today, 12 owned by SNEL, the national utility. Only four are privately owned. The new framework for liberalization of the electricity sector could contribute to government plans to increase electricity access rate of the population in the coming years.

Currently though, the main focus is on the Grand Inga scheme, for which studies and evaluations are ongoing. With a potential 40,000 MW, the scheme will play a crucial role in the electric power supply for the whole continent, enabling the DR Congo to export power to Egypt, as well as South Africa via long distance transmission lines.

Since the first project, HPP Kalule in 1923, ANDRITZ HYDRO has been supplying equipment to the country for close to a century. Over this time it has delivered or rehabilitated more than 40 units with a total capacity of about 1,000 MW. This represents almost half of the DR Congo’s hydro fleet. One of the projects recently awarded to ANDRITZ HYDRO is the refurbishment of HPP Mwadingusha in the Katanga Province (four Francis units with 11.8 MW each) financed by the Sino-Canadian mining company Ivanhoe. ANDRITZ is also heavily involved in offers for the electro-mechanical package of HPP Inga 3, with a capacity of 4,800 MW.

ANDRITZ HYDRO’s focus is not only on the evaluation of this huge hydro market, but also on the development of public as well as private project partnerships. So, in 2013, the company decided to establish a permanent office in the capital Kinshasa to be able to better support the country in the development of this most promising potential for both, large and small hydropower schemes.

HPP Inga 2, with 1,424 MW one of the largest hydropower plants in Africa, is situated close to the mouth of the Congo River about 300 km downstream of the capital Kinshasa. Built in the 1970s, with its eight 178 MW turbine units HPP Inga 2 will be a significant part of the further planned extensions of the Grand Inga scheme; Grand Inga will be the worldwide largest hydropower scheme.

In 2012, ANDRITZ HYDRO was awarded a contract by the government to rehabilitate two units (unit#21 and #22) under World Bank financing. Contractual scope included repair and overhaul of the penstocks, hydraulic steelworks and the Francis turbines. Operations are expected to resume in 2017.

ANDRITZ HYDRO followed this in 2013, when it was awarded another contract to rehabilitate a further two units (unit#27 and #28). The project was financed by the Kamoto Copper Company (KCC), the local mining affiliate of Glencore. Scope of supply covers the complete replacement of the intake trash racks, speed governors, a rehabilitation of hydro-mechanical equipment and repair of the two penstocks. The project is scheduled to be completed by the end of 2019. 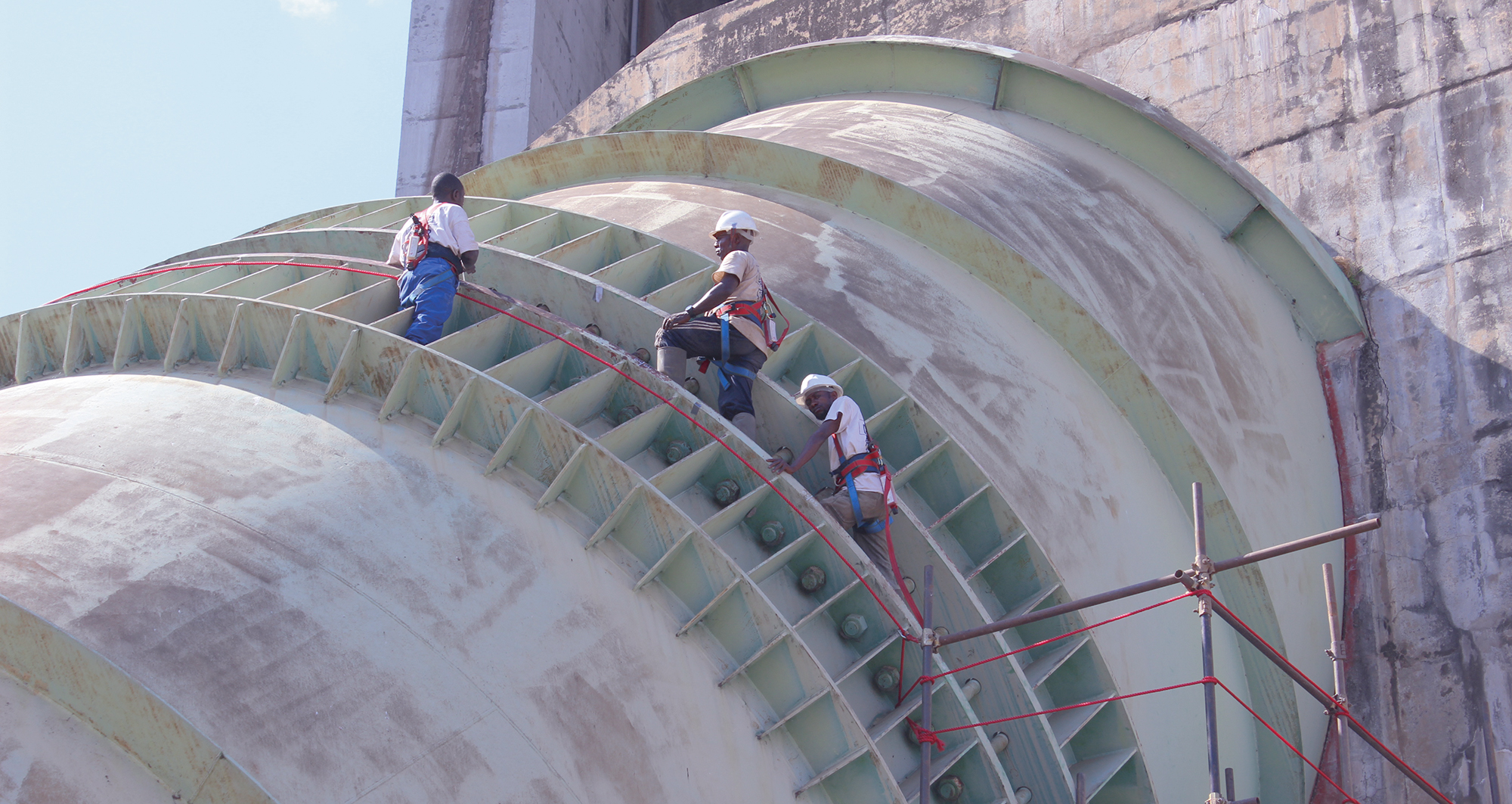 The Koni hydropower station, owned by SNEL (Société Nationale d'Électricité) is located in Kantanga Province. It has a total installed capacity of 42 MW and is equipped with three vertical Francis turbines. This project is supported by the private mining and funding partner ENRC PLC.

After being in operation for almost 60 years, the existing turbines, originally supplied by ANDRITZ HYDRO, reached the end of their lifetime and units #1 and #3 had to be put out of operation in 2010. ANDRITZ HYDRO received a contract for the replacement of the defective butterfly inlet valves in 2012. Unit #1 was successfully reconnected to the grid in 2015. On dismantling unit #3 it was discovered that more extensive repair work was necessary. ANDRITZ HYDRO is currently in charge of the rehabilitation of unit #3. Commissioning is planned for summer 2017.