A voyage of discovery – partnering for success

Boundaries are being pushed at Altri’s Celbi eucalyptus pulp mill in Portugal. The company firmly believes in maximizing its production assets, often going where no others dare. ANDRITZ has been a reliable partner in Celbi’s remarkable transformation over recent years, which has seen it become a world leader in efficient pulp making.

At the time of the acquisition by Altri in 2005, the Celbi mill was producing some 300,000 tons of pulp per year, and it quickly became company strategy to double that quantity. In 2009, transformation of the mill began with a wave of projects, starting with “Project C09", a complete rebuild of the drying machine in its existing building.  This was a spectacular project that saw a huge capacity increase at the mill with a shutdown lasting only four weeks.

“The rebuild of the dryer was the first major project working with ANDRITZ,” says João Gaspar Rebola, Production Manager at Celbi “And we quickly became aware that we were working with a company that was not frightened to partner with us on our ambitious journey.”

In the case of the dryer, ANDRITZ had made sure that there was the possibility of a further capacity increase in the future; a second improvement took place in 2015 that included a headbox upgrade and a second shoe press, which allowed capacity to increase further to a 2,320 t/d (700,000 t/y).

That ambitious journey, and the Celbi - ANDRITZ partnership, has continued. “Since the start-up and maximization of the dryer's efficiency, we have set about looking at every area of the mill, not just solving bottlenecks, but finding all the areas where we can make a difference to production in both quality and quantity,” says Rebola. 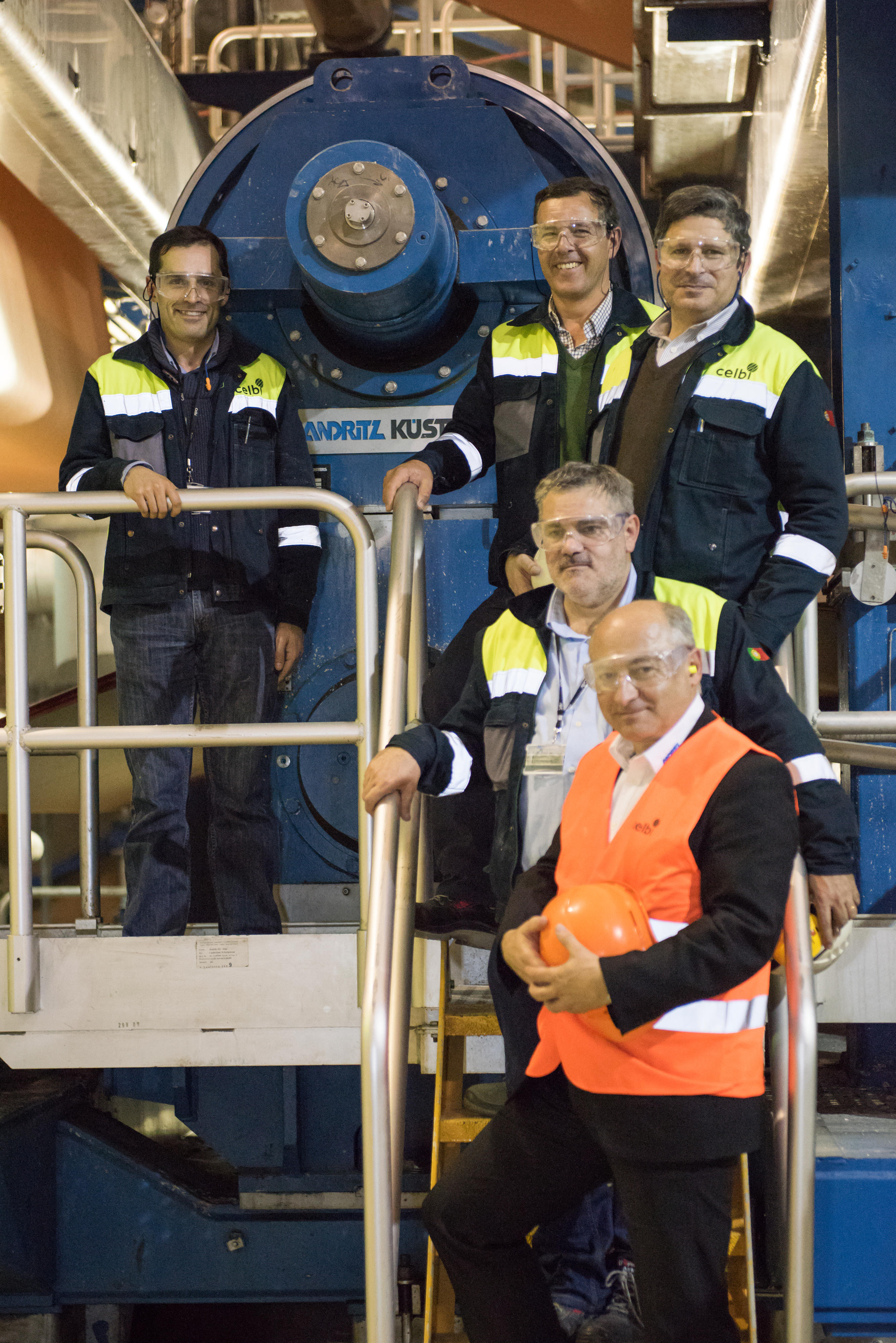 The improvements at Celbi are working well judging by the results; the mill holds the record for air-dried metric tons per day (ADMT) per meter of working width at 475 t/d on the 4.88m wide sheet dryer.

One of the recent additions to further improve and enhance production at the mill was a fiberline technology upgrade to the digester in 2015, which is now in its optimization phase. The scope of supply for the cooking modernization at Celbi included a TurboFeed chip feeding system with Diamondback chip silo, chip metering screw, chip pumps, and vapor reboiler for the heat recovery.

“We wanted to increase the yield as well as the production at Celbi to continue with our holistic approach to our pulp production."

THE VOYAGE INTO THE FUTURE CONTINUES

The next project between the two companies will start up in October this year - this time a new ANDRITZ supplied DD-Washer, part of the upgrade of the mill’s brown stock washing process. This upgrade will substantially improve the washing efficiency, as well as increase the capacity of the fiberline.

Of the decision to install the DD-Washer, Vitor Lucas, Process Development Manager at Celbi, says, “We carried out a lot of comparisons in washing technology before we decided to go ahead with the DD-Washer.”

Carlos Van Zeller, Mill Director and Member of the Board at Celbi, concludes, “At Celbi, we don’t want to be the biggest pulp supplier in the world; however, we do want to be the most efficient and the most competitive. And we have proved that we can be.

ANDRITZ has been a dedicated and reliable partner along the way, and the company really does live up to its slogan: We accept the challenge!”

ANDRITZ supplied the latest technology for the digester and chip feeding system at Celbi.