There is a newer version of this article available,
please click here.

Republic of the Union of Myanmar - Hydropower for a Moving Country

During the the past years the government of Myanmar has opened up the country.

This has begun to pay dividends as economic growth accelerated and attracted foreign invest­ments in the energy sector, but also in other industries.

Myanmar has a promising hydropower potential, which is equivalent to 46.000 MW. Thereof not even 7% have been developed until now.

ANDRITZ HYDRO has been active in Myanmar since the 1980s, when the company had already delivered electro-­mechanical equipment for several small hydropower plants. In 2013, ANDRITZ HYDRO has established a representative office in the city of Yangon and is actively involved in hydropower development with capacity buil­ding and training activities, as well as offering its expertise in project development and supply of equipment and services.

In May 2014, the Ministry of Electric Power of Myanmar (MOEP) and the Federal Ministry for Transport, Inno­vation and Technology of Austria formalized their cooperation in the energy sector by signing a Memorandum of Understanding. This MoU also formed the basis for a closer cooperation between MOEP and ANDRITZ HYDRO on the development of hydropower pro­jects.

In 2014, based on this bilateral MoU, the Director General of the Ministry of Elec­tric Power (MOEP) and the Chairman of the Board of ANDRITZ HYDRO, Mr. Wolfgang Semper, signed a MoU for the development of the 75 MW Deedoke hydropower plant.
In February 2015, MOEP and the development partnership of ANDRITZ HYDRO, HTCT and K-water conducted a starting ceremony for this first “low-head” project in Myanmar.

In September 2015, ANDRITZ HYDRO signed a contract with MOEP for the supply of the entire electro- and hydromechanical equipment for the 3.2 MW Upper Nam Htum hydropower plant.
HPP Upper Nam Htum will provide renewable energy to the city of Putao and its surrounding area in Kachin State. This will be a milestone in strengthening Myanmar’s rural electrification and small hydropower development program.

The promising potential in combination with the enabled market access makes Myanmar a very interesting country for future energy investments in hydropower. ANDRITZ HYDRO is ready to participate actively in this development. 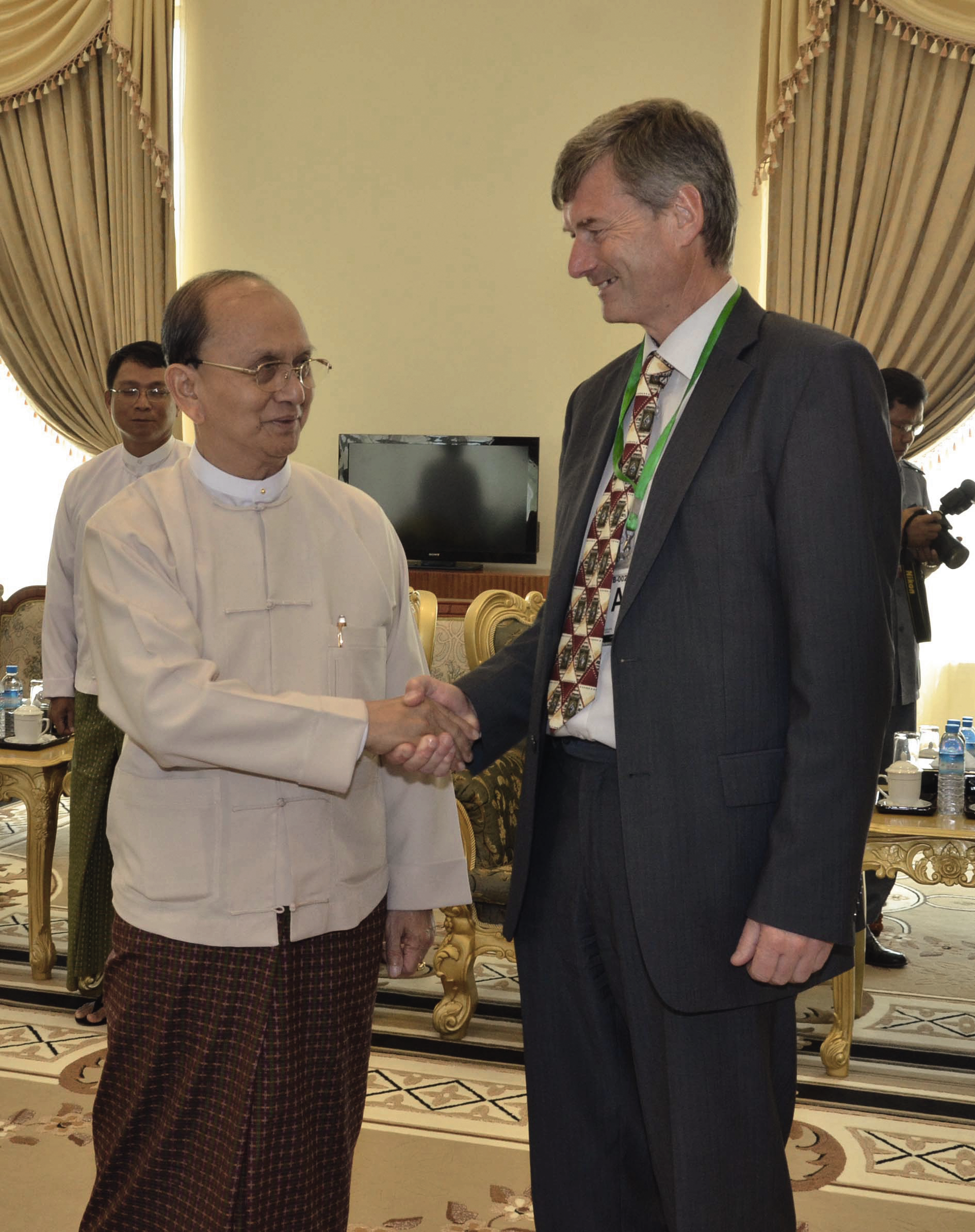