READY FOR THE FUTURE

A rebuild for premium production

October 28, 2017 saw production of the first roll of corrugated base paper at Heinzel Group’s Laakirchen Papier AG in Austria. ANDRITZ took on the challenge of the remarkable conversion of the mill’s PM 10 from graphic paper to packaging paper, including a rebuild of the groundwood mill into a complete OCC line. The rebuilt machine is now performing well over the planned start-up curve, ready to capture a fast-growing market.

At Laakirchen, the prime concern of the parent company, the Heinzel Group, was to make the mill fit for the future. The history of this upgrade began in April 2013, after the Heinzel Group took over the location that was producing graphic paper grades on two paper machines. Mark Lunabba, CEO of Laakirchen Papier AG, remembers, “One of the first ideas our chairman, Alfred Heinzel, had was that we would have to improve our results and avoid being affected by the falling demand for printing grades.” Various possibilities were discussed, but it soon became clear that PM 10 would be ideal for the production of corrugated base paper. Lunabba says, “Market volume was also needed that would match the capacity of the machine. And as a result, corrugated base paper became our specialty.” 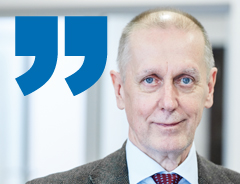 “The overall result is very positive – ANDRITZ really proved that they were able to handle this project.” 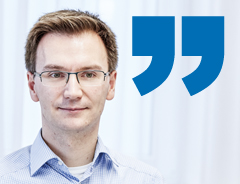 “We saw a benefit to have the stock preparation and the paper machine from one supplier. That’s one of the reasons why we decided for ANDRITZ.”

The final decision on the rebuild of PM 10 was made in August 2016. It was decided that the machine would now be converted to make 450,000 t/a of high-grade fluting and testliner with a grammage of 70-140 g/m² from 500,000 tons of recycled fibers (RCF). A budget of around 100 MEUR was estimated. The other machine, PM 11, was to continue producing graphic paper grades in a highly efficient production process.

The rebuild phase was influenced by two special factors: the extreme time pressure – a corridor of only twelve months was defined between the decision to make the investment and start-up of the machine rebuild – and the customer’s stipulation to integrate as much of the existing equipment as possible at the same time as allowing PM 11 to continue running alongside the rebuild work.

“The actual time scheduled for the rebuild work itself was ten weeks. We were then four days late in getting stock onto the wire. In view of the intensity of the rebuild, that was a very brief delay,” says Mark Lunabba. Johann Stadlmayr, head of technical planning, adds, “Completing this project within that time set new standards.”

Up to 600 people were working on the site over a period of four to five weeks, and there were actually more than 800 there during the peak phase. There was very little space, the second machine was running, and as if that wasn’t enough, building work, installation, and cabling had to be carried out simultaneously as well. “The overall logistics were an absolute masterpiece,” says Stadlmayr. “And the overall result is very positive, ANDRITZ really proved that they were able to handle this project,” says Lunabba.

After 17 years at Laakirchen, Mark Lunabba is retiring. The PM 10 project was thus the grand finale of his career. “I am leaving on a high note and with confidence in the top-performance organization we have here.”

Johann Stadlmayr is also looking to the future with optimism, “This was one of the most challenging, intensive, and exciting projects for Laakirchen and one that involved major changes. It was a great achievement and we can all be proud of where we are today. This is a key project for the future!”

Making it all add up

Indian packaging and paperboard giant, ITC Paperboard & Specialty Papers, is well on its way to achieving the challenging ambition of becoming 100% self-sufficient in local wood and fiber supply for its Bhadrachalam Mill in the state of Telangana, Southern India.