Logistical challenges and health & safety aspects of the project

"The Helios project was intense from the very start in August 2016 when the first erection activities began here on site. The biggest challenge for ANDRITZ was, the shutdown in April 2018 when a lot of activity was at the site. At this time we had around 600 people of all different nationalities performing numerous different tasks on the white liquor plant, EvoDry sheet dryer, and recovery boiler expansion. In fact, we had up to 500 people working in the recovery boiler building alone at this time, safety was regarded as the most important target for both SCA and ANDRITZ. There were no other risks that could influence the project more than a serious accident. That is why a Lost Time Accidents (LTA) target as low as five was calculated from the very first day and was jointly agreed with SCA for the Helios project. ANDRITZ achieved this target for 1.1 million working hours with an LTA of 4.54 calculated for all the site work carried out in this project. This figure was a result of a huge amount of dedication and effort of the whole project team.” 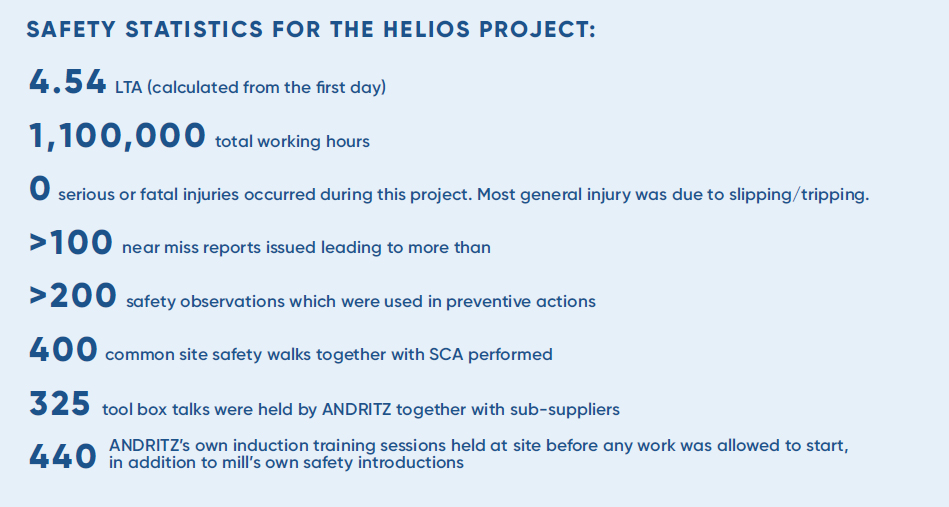